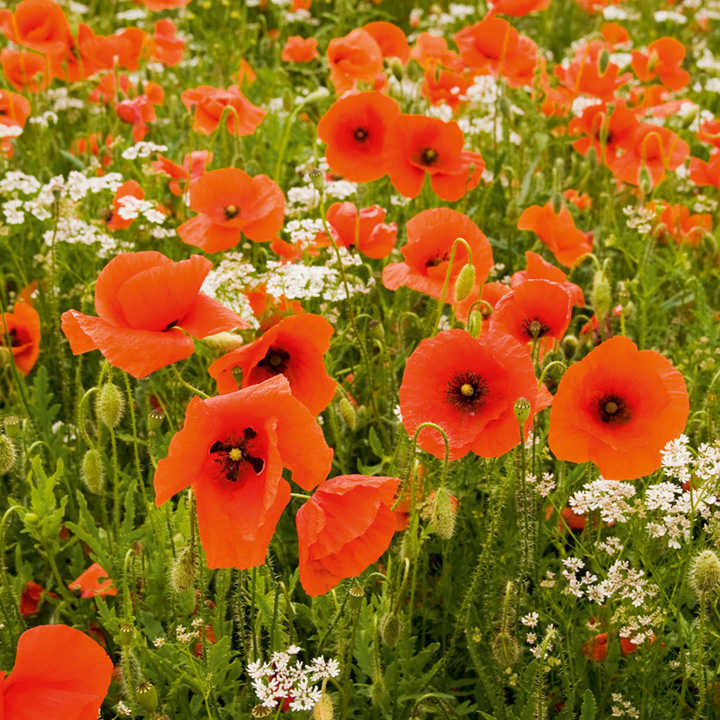 During the First World War the small Devon village of Northlew lost proportionally the highest number of enlisted men of any municipality in the United Kingdom. In remembrance of these brave men and boys, the people of Northlew have decided to create a 20 mile long poppy avenue, which will be longest of its kind in the world.

The avenue will be in 2 sections, the first being the 7 mile road to the nearest town, Okehampton. Interestingly this road is in a direct line to Flanders. The second section is the 3 mile lane from Northlew to Ashby train station which is the route the young men took on their way off to war. This lane passes through a wood where poppies would find it too shady to grow and so the local children are painting pictures of poppies which will be posted on boards along the verges.

This will be the longest poppy avenue in the world and the longest war memorial in the northern hemisphere (Australia has a road as a memorial). The Guinness Book of Records has been contacted.

We at Suttons Seeds feel that this is the perfect way to remember these brave men and were delighted when Northlew asked for our support. As a result Suttons Seeds has donated the poppy seeds needed for the avenue. This amounts to a whopping 330,000,000 seeds weighing just under 50kg or nearly 118,000 individual packets.

One thought on “Northlew Poppy Avenue – in Remembrance”